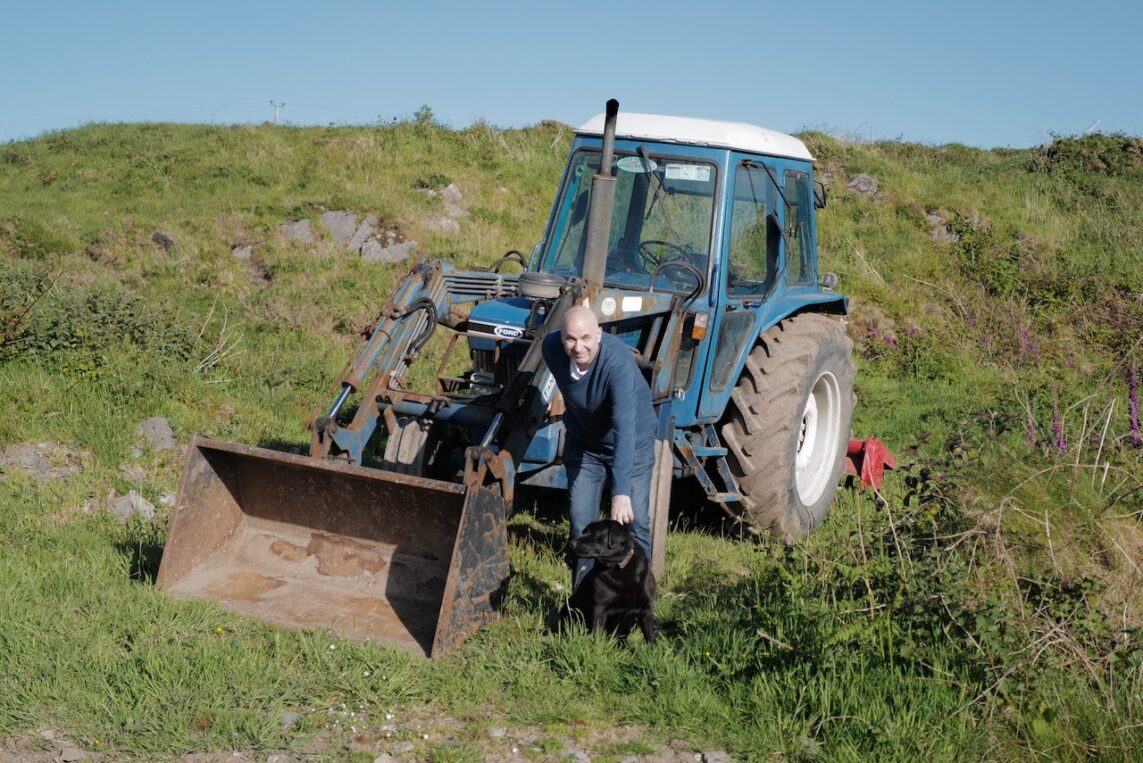 The news from Honey’s Real Dog Food is that we have been thinking about soil and also about becoming better than carbon neutral. (My name, by the way, is Jonathan Self and I founded Honey’s.) I was in love with soil as a child, of course. I played with it, rolled around in it and – if photographic evidence is to be believed – ate it. When I became interested in growing things I understood, in an abstract way, that it was important to care for the stuff. It is only more recently, however, that I have come to realise the essential wisdom of Lady Balfour’s remark: ‘Health, whether of soil, plant, animal or man, is one and indivisible.’

In Britain the nutritional value of food is falling, and the reason is that we aren’t looking after our soil, which, according to a 2017 government paper will cease to be fertile as early 2047. I mention this because here at Honey’s HQ we have just read Defra’s annual agricultural report which contains a great deal of worrying news, including the fact that the amount of land being converted to organic farming methods has reduced by 15% and there are now half the number of species of birds in Britain compared to 1970.

Thankfully, it is not all doom and gloom. By making considered food choices you can rest assured that you are not supporting the massive agri-food sector and its destruction of soil and the environment. What do I mean by ‘considered food choices’? If you are choosing a raw dog food it means checking that your supplier uses only certified organic, wild or free range meat for all of its recipes. More, that it only uses genuinely British ingredients to keep dog food miles down to a minimum.

By doing so you are saying ‘no’ to over-farming, the unnecessary use of chemical fertilisers/pesticides, the destruction of biodiversity and cruelty to farm animals. You are saying ‘yes’ to food from small scale, British producers who put the welfare of their animals and the soil before commercial gain. I won’t pretend that buying ‘real’ food won’t cost you slightly more, but I hope you will view it as a small price to pay compared to the two massive benefits it offers: it is fantastic for the environment and it is fantastic for whoever is eating it.

Which brings us to an important point: ‘Let,’ in the words of Hippocrates, ‘food be thy medicine.’ And, while I am quoting (this time Erasmus): ‘Prevention is better than cure.’ Whether you have two legs or four, if you eat food with a higher nutritional value, avoid food that has been intensely farmed and do not rely on artificial (and often hidden) supplementation, you will enjoy a longer, healthier and happier life. I will go further: it is my belief that the financial saving to be made in medical costs over the long term (bearing in mind that it can take years for nutritional deficiencies to show up) will outweigh the additional expense. There is some Australian research, incidentally, that shows feeding a raw, essentially wild meat diet to dogs can reduce vet bills by 80%.

Here at Honey’s we do our best to make good decisions, from our choice of local producers to our recyclable packaging. We are signed up to 1% for the Planet and ISO 14001. We are carbon neutral and certified-organic. But we are far from complacent. We want and need to do more. In this regard, we have been hampered by what might be called pandemic-related logistical issues. Nevertheless, we are constantly reviewing are carbon footprint – especially our packaging and delivery. We also have a plan to become ‘better than carbon neutral’, that we hope to have in place by early next year.

Which brings me to a related topic. I don’t like to show off, oh, hang on a moment, yes, I do! Last month I became a trustee of the Rainforest Trust. It is by no means the largest of the land conservation charities in the world. The Nature Conservancy or World Wildlife Fund are many times larger. Even so, the Rainforest Trust has saved over 24 million acres of tropical forest from destruction in the last 30 years. The Honey’s plan to become ‘better than carbon neutral’ is linked to the work being done by Rainforest Trust. A sort of ‘home and away’ policy.

Back to soil. As Aldo Leopold the famous conservationist said: ‘Land is not merely soil, it is a fountain of energy flowing through a circuit of soils, plants and animals.’ President Roosevelt warned: ‘The nation that destroys its soil, destroys itself.’ Something we all need to remember every time we go food shopping.